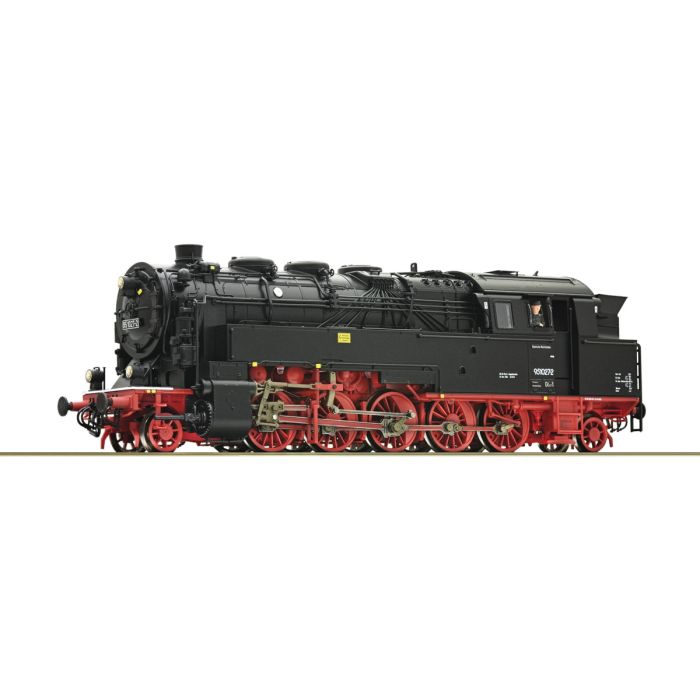 Steam locomotive 95 1027 of the Deutsche Reichsbahn.

The "Queen of the mountains" with the number 95 027 was manufactured by Hannoversche Maschinenbau AG (HANOMAG) in 1923. With 1,620 hp, the class 95 steam locomotives were the most powerful tender locomotives ever procured by the Deutsche Reichsbahn-Gesellschaft.
Until 1982, the 95 027 did heavy work at various depots on Germany's steepest mountain routes. From 1950 to 1969, it was stationed in Blankenburg and ran on the Rübelandbahn up into the Harz mountains. In 1971 the DR had it converted to main oil firing. In 1982 it was converted back to coal firing and integrated into the DR's traditional locomotive vehicle fleet.
From 1994 to 2008, the locomotive stood in the museum in Arnstadt with boiler damage. After a thorough overhaul at the Meiningen steam locomotive works, it started steaming again, hauling tourist trains on its steep main line in the Harz mountains since 2010.