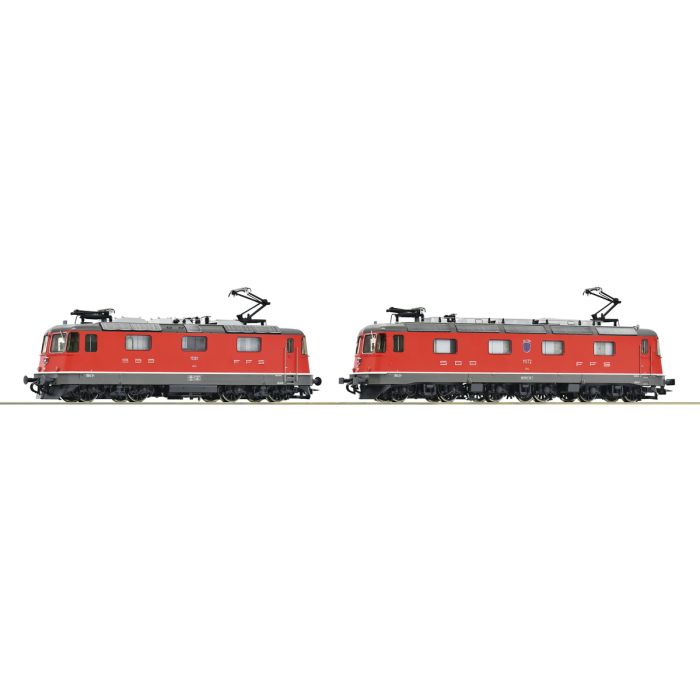 Electric locomotive double traction Re 10/10 of the Swiss Federal Railways.

The double traction of the Re 4/4??? and the Re 6/6 is called Re 10/10 for simplicity. This designation is derived from the ten powered axles that the double train has and therefore does not refer to a particular locomotive type. The Re 10/10 are used by the SBB almost exclusively in front of heavy goods trains on the Saint Gotthard route. The potent duo manages to pull the allowed maximum load of 1.400 tonnes with the towing hook at a speed of 80 kilometers per hour on a gradient of 26 per mille.