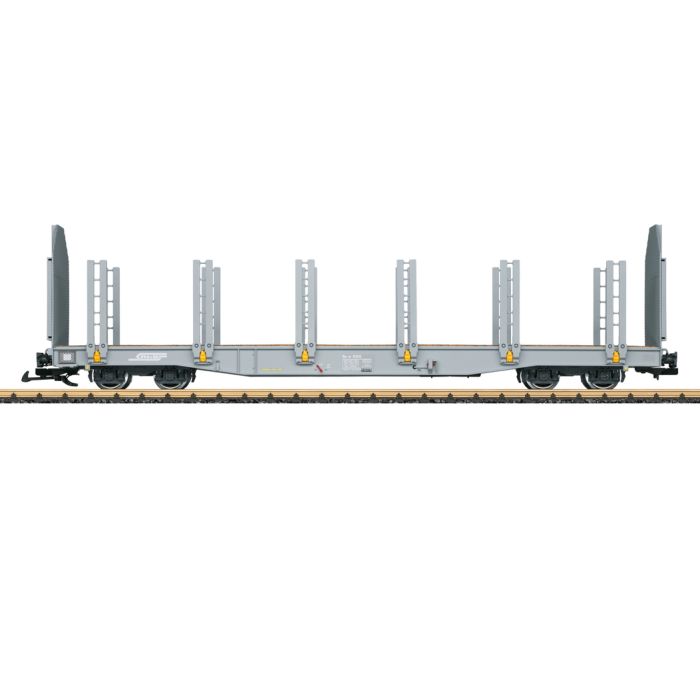 These flatcars with heavy double stakes are a customary sight on Rhaetian Railroad freight trains. They are used to transport chiefly heavy loads such as logs, steel beams, or pipe. These cars were built in the Nineties and are 16.54 meters / 53 feet 9 inches long over the buffers, weigh 17.6 metric tons empty, and can be loaded with 22 to 42 metric tons – depending on the type of train. There are separate end walls for special situations, which can be inserted in the stake holders on the buffer beams. The load can be secured front and rear. This is often done when loading very heavy and large diameter pipe.

This is a model of an RhB type Sp-w double stake car. The paint scheme and lettering are prototypical for Era VI. The car has high end walls, which serve to secure the load in the prototype. The car does not have a brakeman's platform but does have a hand brake wheel mounted on the side of the car. Length over the buffers 66 cm / 26".