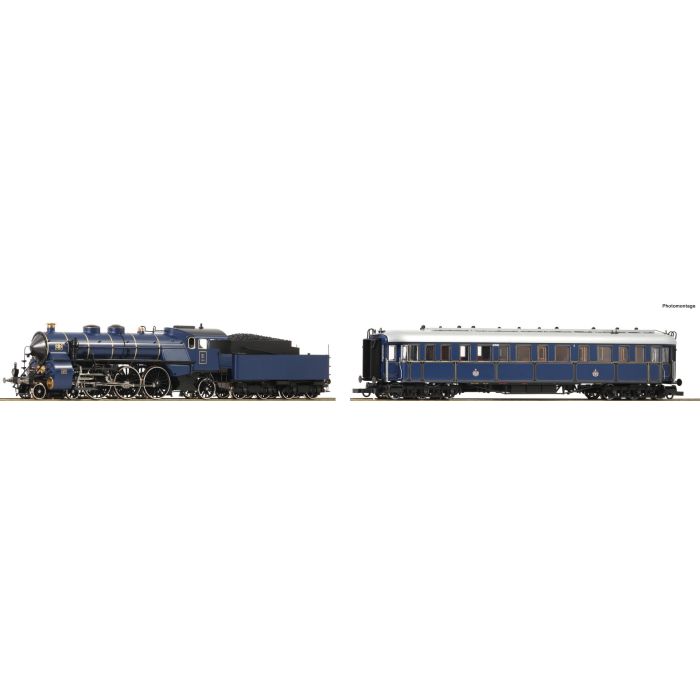 The train set "175 YEARS ANNIVERSARY OF THE K.BAY.STS.B." contains a steam locomotive class S 3/6 and a saloon carriage of the Royal Bavarian State Railways in blue livery.

The steam locomotive of the S 3/6 series was an extremely powerful and state-of-the-art locomotive which operated on the tracks until 1931. The locomotives reached a top speed of about 135 km/h. - even when they needed to handle a towable mass of more than 400 tonnes. This was at that time equal to about 10 express train passenger coaches. The "high-axled" locomotives with their superheated steam four cylinder compound running gears excelled with very smooth running characteristics. The fuel consumption was also kept low, so after only a few years of operation they even managed to cope with longer distances of more than 800 kilometers. The 3618 was considered a parade locomotive at that time and so it is quite likely, that the "Blue Beauty" even hauled a saloon wagon for the royal family.