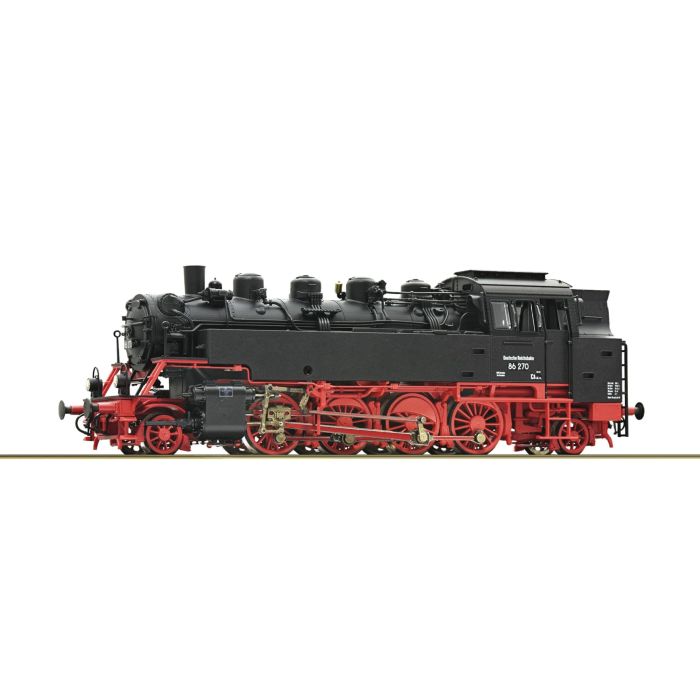 Steam locomotive 86 270 of the Deutsche Reichsbahn.

The Deutsche Reichsbahn-Gesellschaft (DRG) designed the class 86 on the basis of the standard tender locomotive 1’D1’ and from 1928 on, the machine was built in large numbers.

244 locomotives remained in the former GDR, however, 71 of them had to be transferred to the Soviet Union. At the beginning of the 1950s, the DR had 164 locomotives in the vehicle fleet. The machines were mainly used on the lines of the Harz foothills, in the Ore Mountains and in Upper Lusatia.