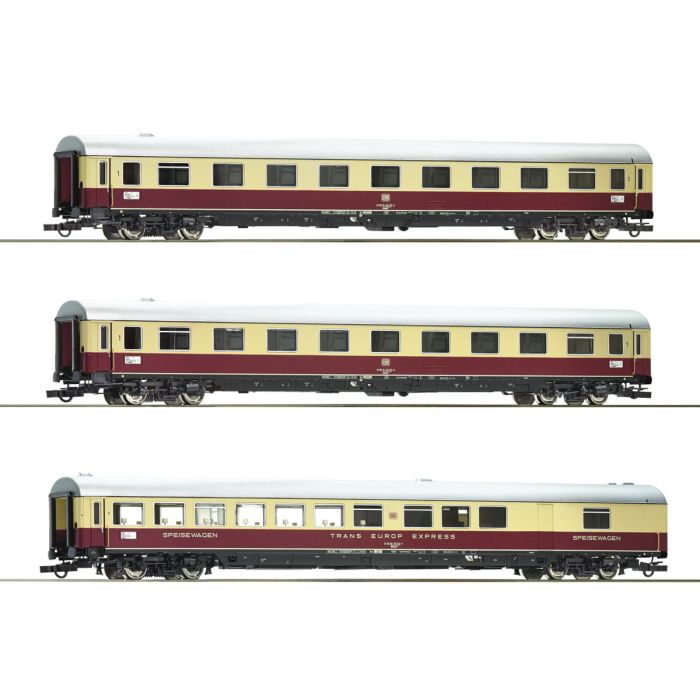 Set of three express coaches for the Trans-Europ-Express 74/75 "Roland"of the Deutsche Bundesbahn.

The Trans-Europ-Express is named after the symbol of the city of Bremen "Roland" and it first operated as a long-distance express train on the lines between Bremen and Frankfurt. The "TEE Roland" was designed to operate for the 1969 summer timetable due to the fact that the F 46/47 was given a higher classification. At the time it was connected with the network of the SBB in Basel and its operation area as a consequence was extended to Milan. At 1.183.7 km, the train was able to cover the longest distance among all TEE trains.