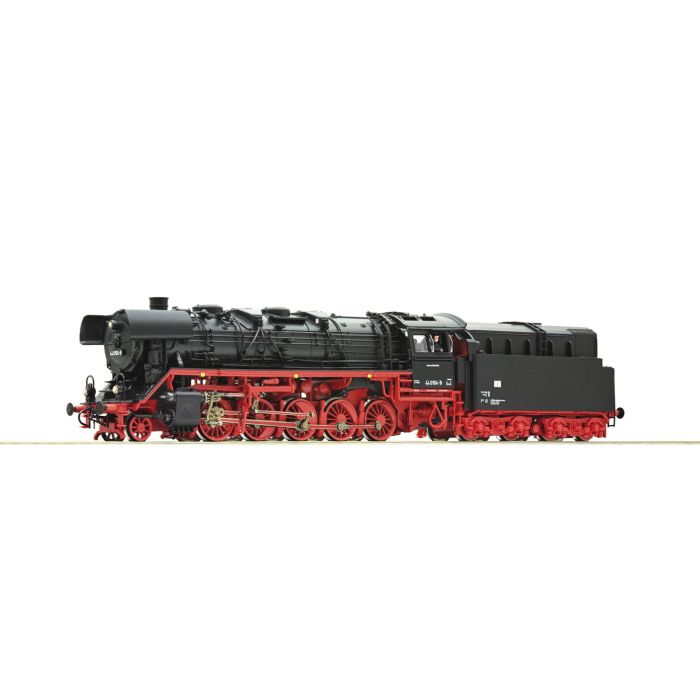 Heavy steam locomotive class 44 of the Deutsche Reichsbahn. The model has oilfiring.

Drive on two tender axles and on all five driven locomotive axles via cardan shaft.

After the end of the war many locomotives of the DR were retrofitted with oil firing. The class 44 formed the backbone of the heavy freight train service until it was replaced by the modern diesel/electric locomotives. Because of their enormous tractive power the locomotives were also called "Jumbos". The last "Pachyderms" were decommissioned at the DR in 1986.