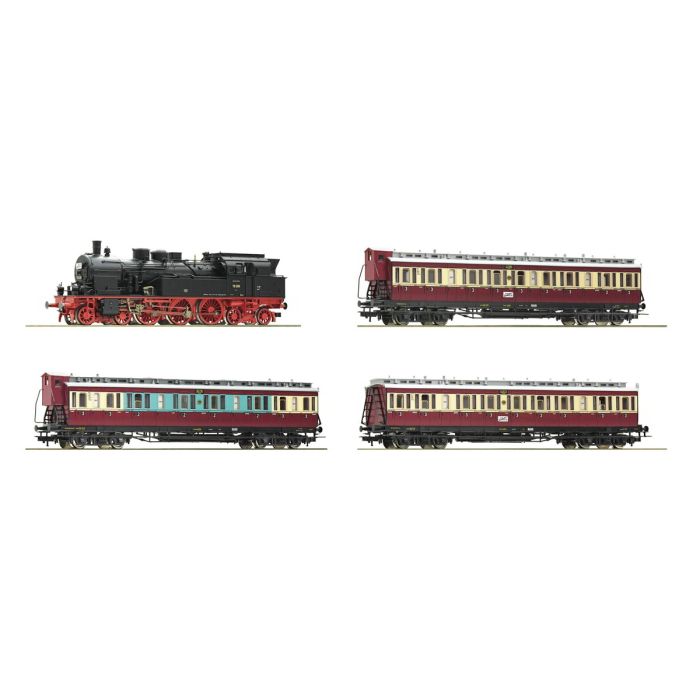 In 1932, the Deutsche Reichsbahn Gesellschaft introduced the so-called "Ruhr-Schnellver- kehr", a forerunner of the later S-Bahn. The train was formed with Prussian compartment cars of the types BC4 and C4 due to the required rapid passenger change. The colour scheme wine red / cream was the standard colour scheme in the Ruhr rapid traffi c in the 1930s. The window sections of the second class were painted light blue for better recognition. The Reichsbahn had indeed noticed that the colours used for the time being violet and cream were actually reserved for the upmarket long-distance traffi c. As train locomotives the series 38.10-40 (Prussian P 8) and 78 (pr. T 18) were used. The specially designed machines for the Ruhr rapid transit received a sign above the smoke chamber with the inscription "Ruhr Schnellverkehr".