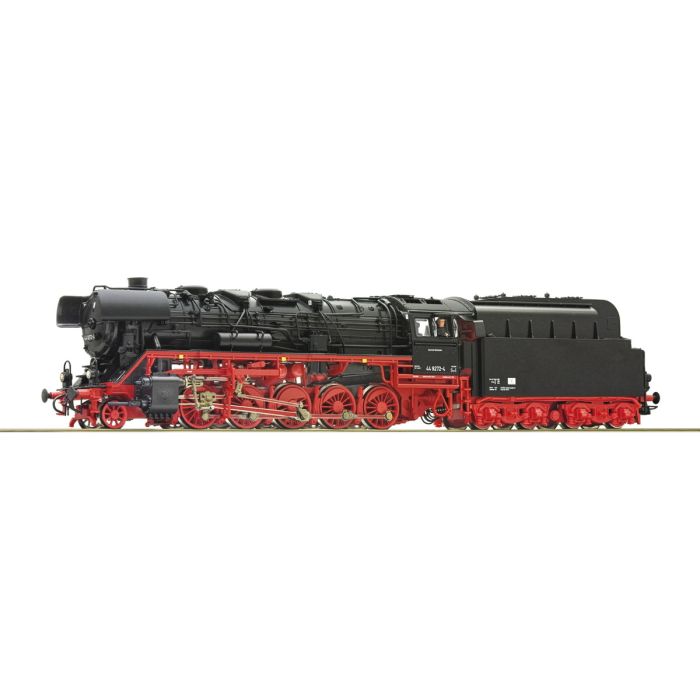 The Deutsche Reichsbahn converted 22 locomotives to coal dust firing (Wendler system) in the 1950s. An additional air tank and air pump on the left running board as well as a tender equipped with a coal dust bunker, were the most noticeable modifications. The locomotives proved particularly useful on the ramps of the Thuringian Forest due to their pinpoint firing. With the introduction of the EDP numbers, the coal dust locomotives were re-designated as class 44.9.