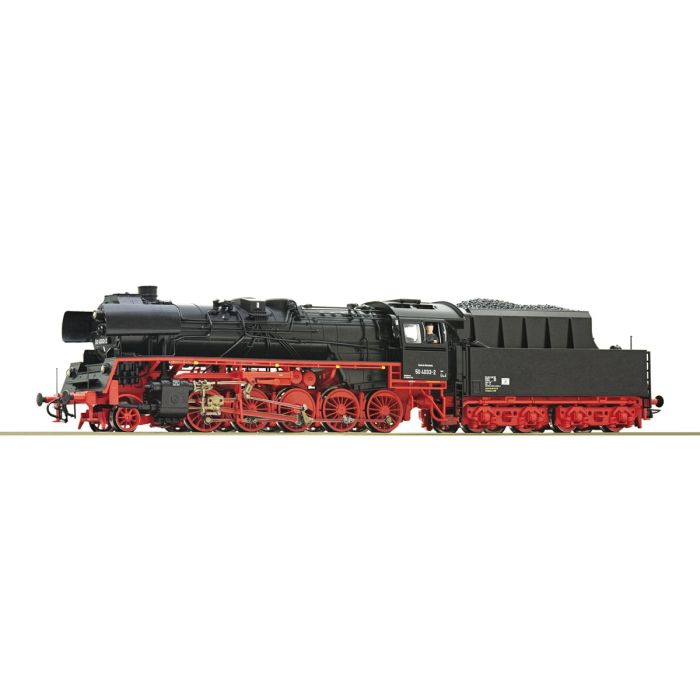 The steam locomotive class 50.40 of the Deutsche Reichsbahn of the GDR was a further development of the goods train locomotive class 50 of the DRG. When the locomotive was built, the DR paid particular attention to using many identical assemblies as in the class 23.10 passenger train steam locomotive. The DR developed them in parallel to save costs in repair and spare parts stock.
The manufacturer VEB Lokomotivbau Karl Marx in Babelsberg delivered 88 locomotives from 1956 to 1960, which were put into service with the running numbers 50 4001 to 50 4088. With an axle load of 15 t, the locomotives could be used flexibly, however, they were mainly based in the DR's northern directorates and hauled passenger and goods trains. Due to the vulnerable sheet metal frame, the locomotives were withdrawn from train service until 1980 and continued to be used as stationary heating units.