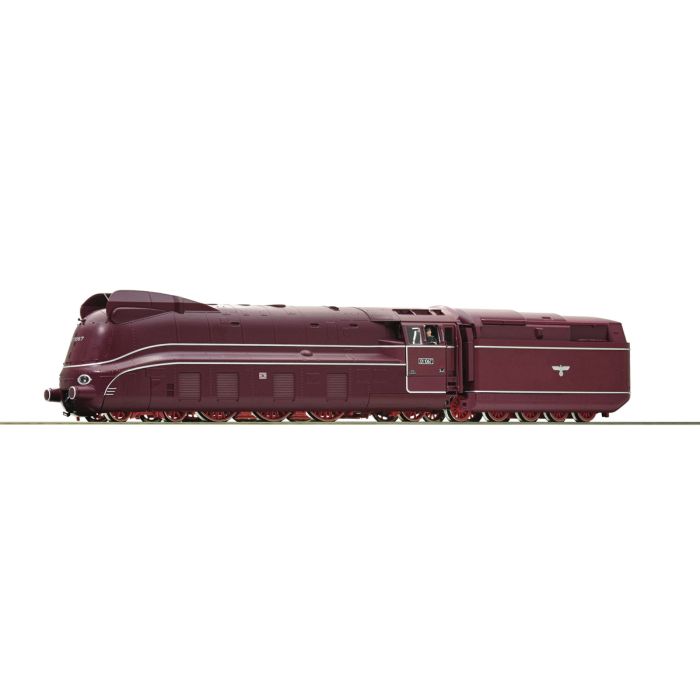 In the years 1939/40, 55 three-cylinder locomotives of the class 01.10 were built for the Deutsche Reichsbahn. Due to the fact that the locomotive had a streamlined fairing, it was possible to drastically reduce the air resistance already in the wind tunnel. Driving tests confirmed the assumption that the locomotives could easily reach 150 km / h. The effective tractive force on the hook was also increased by almost 50%. Therefore, red paintwork would have been perfectly feasible on some locomotives.