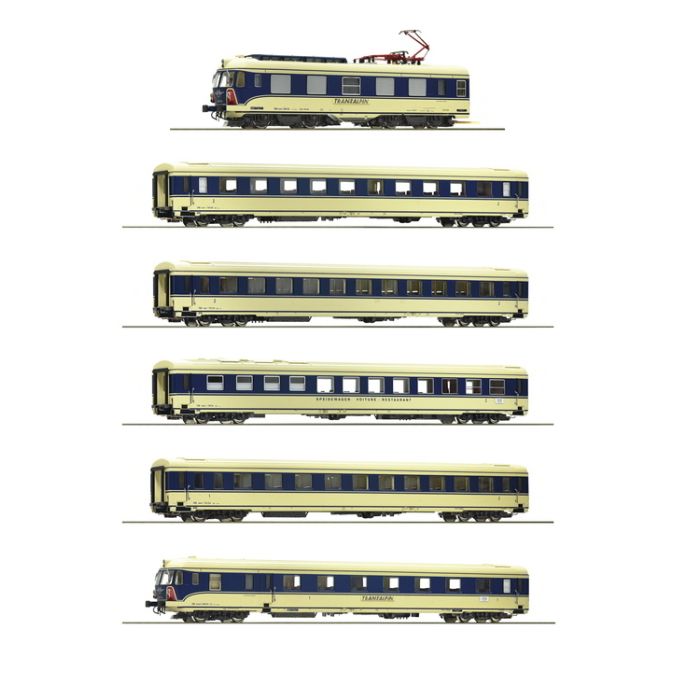 With the name "Transalpin" was introduced, on June 2 1958, a fast daily connection from Vienna Westbahnhof to Zurich (later to Basel).The use of the new 4010 multiple units, available from May 1965, made this train connection a great classic. The shapely train compositions with their striking coat of sapphire blue and ivory also had the best inner values. The interior of the wagons was more comfortable and elegant than ever before seen in the Austrian express train traffic. The six-part units, of which three were initially ordered, reached a top speed of 150 km / h and thus also a much higher cruising speed. The ÖBB decided to use these successful train compositions to build also a inner-Austrian city express network. In 1966, began thus the delivery of a second series (from class 4010.04 to 4010.15).

Until the train was hauled by locomotives in 1977, the "Transalpine" remained inseparable from the 4010. In case of service disruption on the Arlberg route, diversions from Bregenz-Lindau-Munich-Rosenheim to Salzburg were possible. On the non-electrified lines between Lindau and Geltendorf the 4010 was hauled by the DB locomotives of the series 18.6 (Bavarian S 3/6), V 100.10, V 200 and later 218.