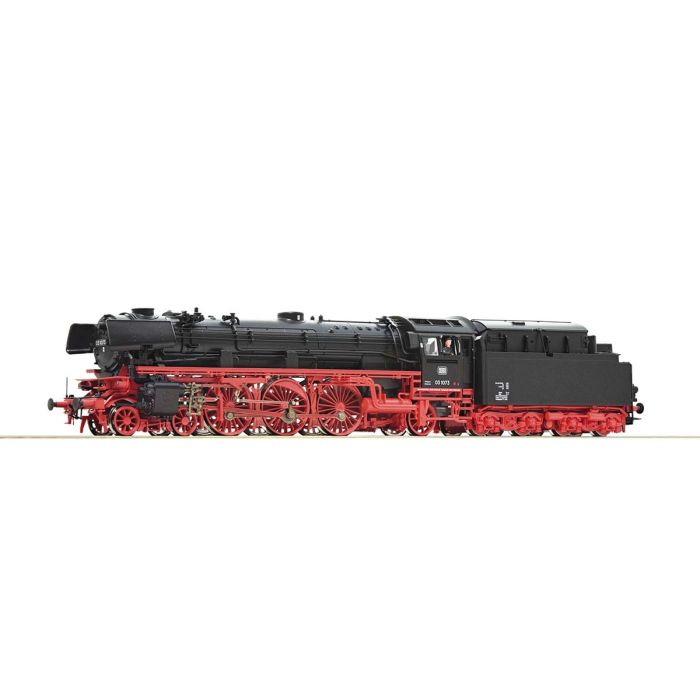 The increasing long-distance travel traffic in Germany, line extensions and shorter travel times meant that the two-cylinder express train locomotives of the 01 and 03 series were more frequently used than before to the detriment of their performance limits. In 1936 the decision was made to purchase newly developed three-cylinder express locomotives, reflecting the zeitgeist, with streamlined fairing. In December 1939, the company Borsig delivered the first approved prototype locomotive of the 03.10 series to the Deutsche Bundesbahn.

Of the 60 machines actually built, only 45 survived the war. The Deutsche Bundesbahn was able to integrate 26 locos to its vehicle fleet. Completely different than initially planned, the successful career of the series 03.10 only began after it had been revised and “undressed”. Until 1966, these great racers, still equipped with new high-performance boilers, provided their services for high-quality express trains at the DB.